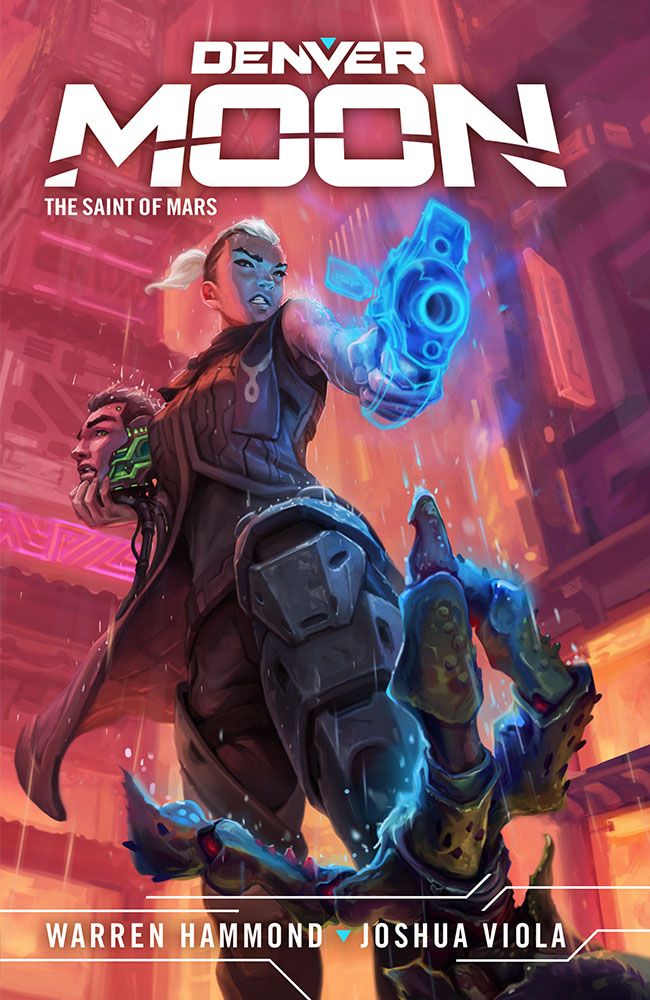 Six months have passed since Denver Moon, P.I., smashed The Minds of Mars into the red planet, destroying the ship’s horrific cargo and delaying the alien danger of human mind control. Now, in the dark underbelly of Mars City, Denver and her faithful AI-installed pistol, Smith, are hot on the trail of a suspect they believe is responsible for the disappearance of numerous citizens in Red Tunnel. But as they close in on the culprit, they uncover an even greater threat. An android revolution is stirring within the ranks of the Church of Mars, and its leader is an old enemy who aims to settle scores and shatter the fragile balance of power on Mars.