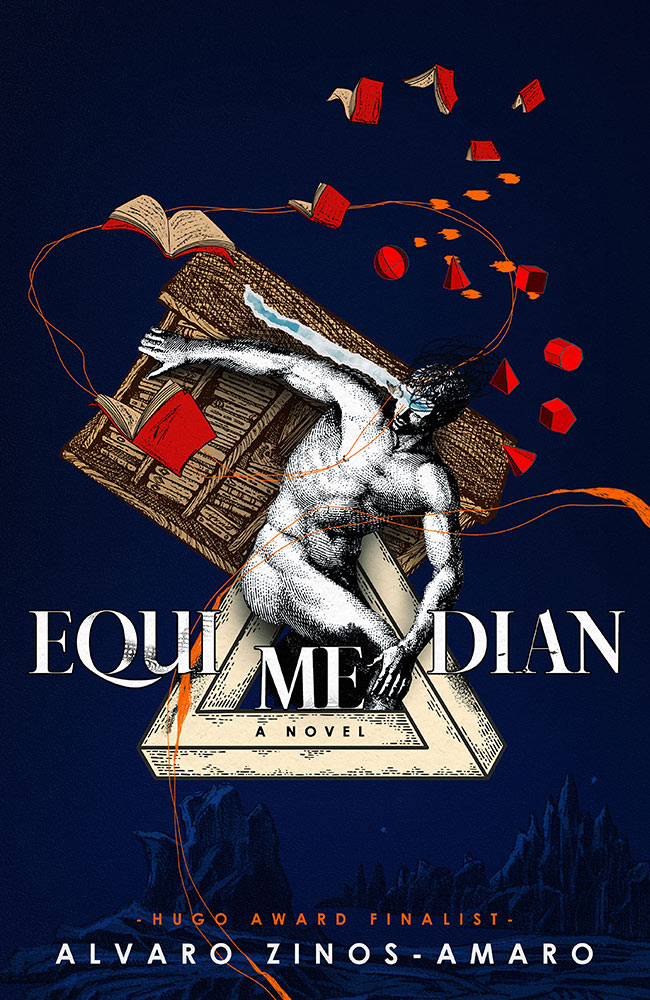 Jason Velez lives a mundane existence installing EmuX virtual reality machines—scraping together just enough money to pay for his increasingly unsustainable science fiction collection—when he begins having strange dreams. He knows he has to make some personal changes if he hopes to get his life in order.

Except change is exactly what’s happening to those around him. His roommate’s personality suddenly shifts. Jill, his closest single friend, retroactively has a long-term partner. And why doesn’t anyone remember what a wristplex is?

Disoriented by these alterations, and suffering from panic attacks and lapses in memory, Jason tries to convince his friends that something is off, and it might have to do with the enigmatic Progress Pilgrims—a mysterious order who can travel microseconds into the future. But if that wasn’t enough, a flyer labeled only EQUIMEDIAN leads Jason to a meditative self-improvement service that seems to know a little too much about Jason for comfort.

With his walls closing in and nowhere else to turn, Jason must decide where and how to finally make a stand. If he does, he might just change the world—if the world doesn’t change him first.